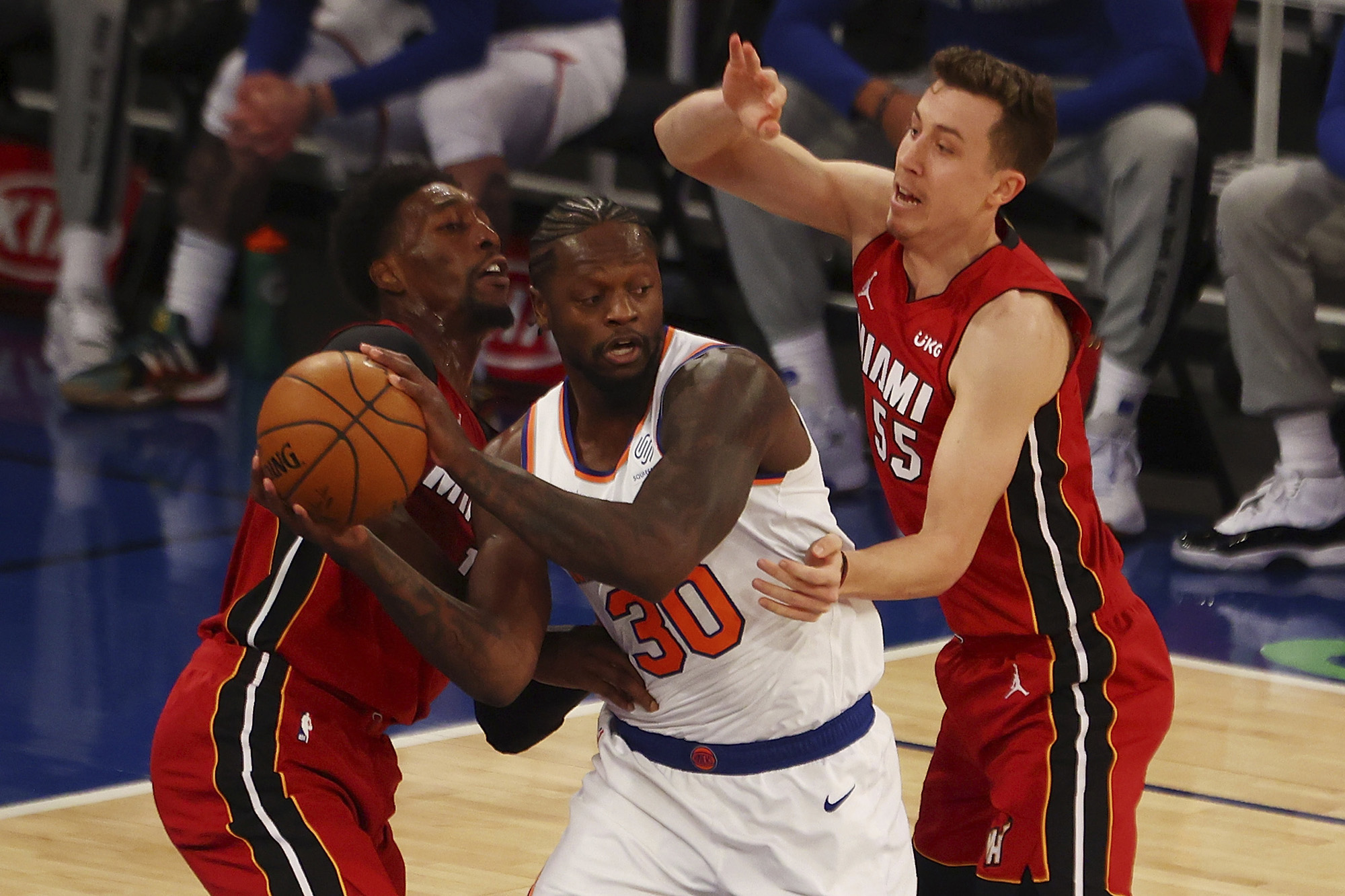 Now that the starters for the NBA All-Star Game have been announced, Knicks forward Julius Randle will have to wait a few more days to find out if he will be added as a reserve from the Eastern Conference.

As the Knicks prepare to face the Warriors on Tuesday at the Garden, the remainder of the rosters will be announced that evening, beginning at 7 p.m. on TNT.

Seven additional players from each conference will be selected by a panel of NBA coaches, and Randle’s coach believes he deserves the first nod of his career.

“I think the numbers speak for themselves, but there are a lot of players who have similar-type numbers. But I think when you look at the impact on winning, that’s where he’s separated himself,” Tom Thibodeau said following Friday’s practice. “To do what he’s doing for this team, we wouldn’t be where we are. He’s our engine. So I hope that’s recognized.”

“I think he’s very deserving of it, because of the way he’s played on both sides of the ball, and also his playmaking ability, and just his all-around play,” Thibodeau said. “The guy’s played many different positions. Whatever we’ve asked him to do, he’s done. I do know and understand there’s a lot of guys that are deserving, but I do hope he’s recognized for the type of season that he’s having.”

Starting guard RJ Barrett has averaged just 25.5 minutes per game over his past six appearances after being among the league leaders in playing time (35.8 mpg) over his first 24. But after shooting just 26.8 percent from the floor in the first four of those games, he has connected on 13 of 25 attempts (52 percent) in the last two.

“I’m just out there playing my game. I’m out there as much as Coach wants me or needs me to be out there. I’m playing,” Barrett said. “When I’m on the bench, I’m being a good teammate, doing anything to help the team.”

Israel warns against US push to start nuclear deal with Iran