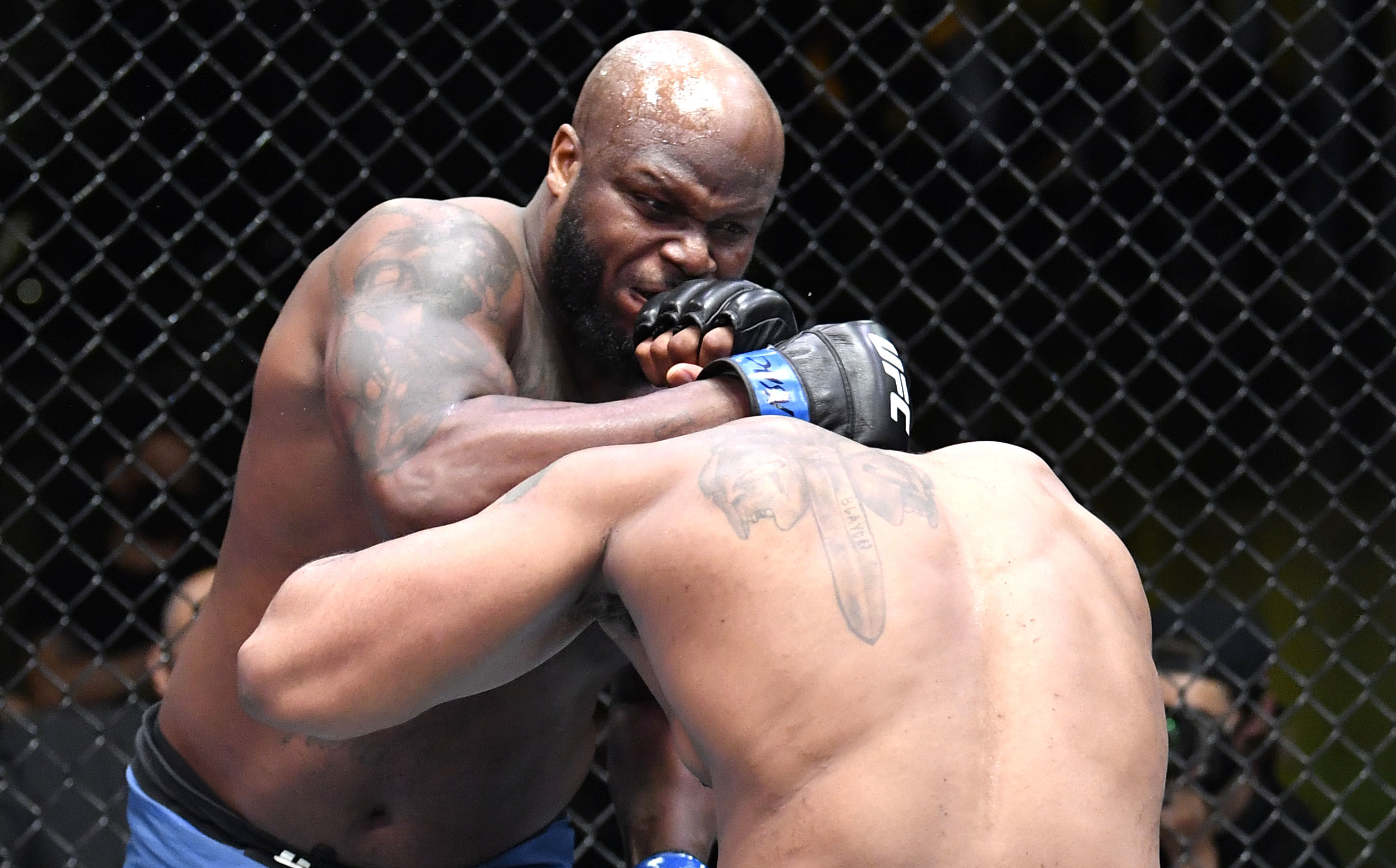 Underdog Derrick Lewis delivered a fight-ending uppercut to Curtis Blaydes in the second round on Saturday night for a stunning upset in the main event at UFC Fight Night in Las Vegas.

Lewis connected on just seven total strikes — compared to 28 for Blaydes — but he made the last one count, earning the KO/TKO at 1:26 of the second round to improve to 25-7.

Blaydes was unconscious as he hit the mat.

“That was the only punch I was waiting for the entire fight,” Lewis said. “I knew he was gonna come in. … That’s all I was waiting for. I wasn’t worried about throwing a one-two, a jab or anything.”

Blaydes (14-3, 1 NC) came into the bout with a UFC heavyweight record 59 takedowns but didn’t land one against Lewis.

Lewis, on the other hand, came into the bout with the most knockouts in UFC heavyweight history and added another for his fourth straight win. In doing so, Lewis snapped Blaydes’ four-bout winning streak.

In earlier action, Yana Kunitskaya was a unanimous winner over Ketlen Vieira in their women’s bantamweight bout. Kunitskaya tallied 29-28 wins across the board after landing 215 total strikes.

Darrick Minner was a unanimous winner over Charles Rosa in their featherweight fight.

Chris Daukaus was a KO/TKO winner over Aleksei Oleinik, earning the win on punches at 1:55 of the first round in their heavyweight bout.

Phillip Hawes was a majority decision winner over Nassourdine Imavov, 29-28, 29-28, 28-28 in their middleweight fight.

Tom Aspinall forced Andrei Arlovski into submission with a rear naked choke at 1:09 of the second round in their heavyweight bout.

Tiger Woods’ golf future is not a priority right now

Protesters march after cops not indicted in Daniel Prude’s death

Thief steals BMW in NYC, plows it through metal gate

China Censors the Internet. So Why Doesn’t Russia?

Google agrees to pay News Corp for content in a global deal.