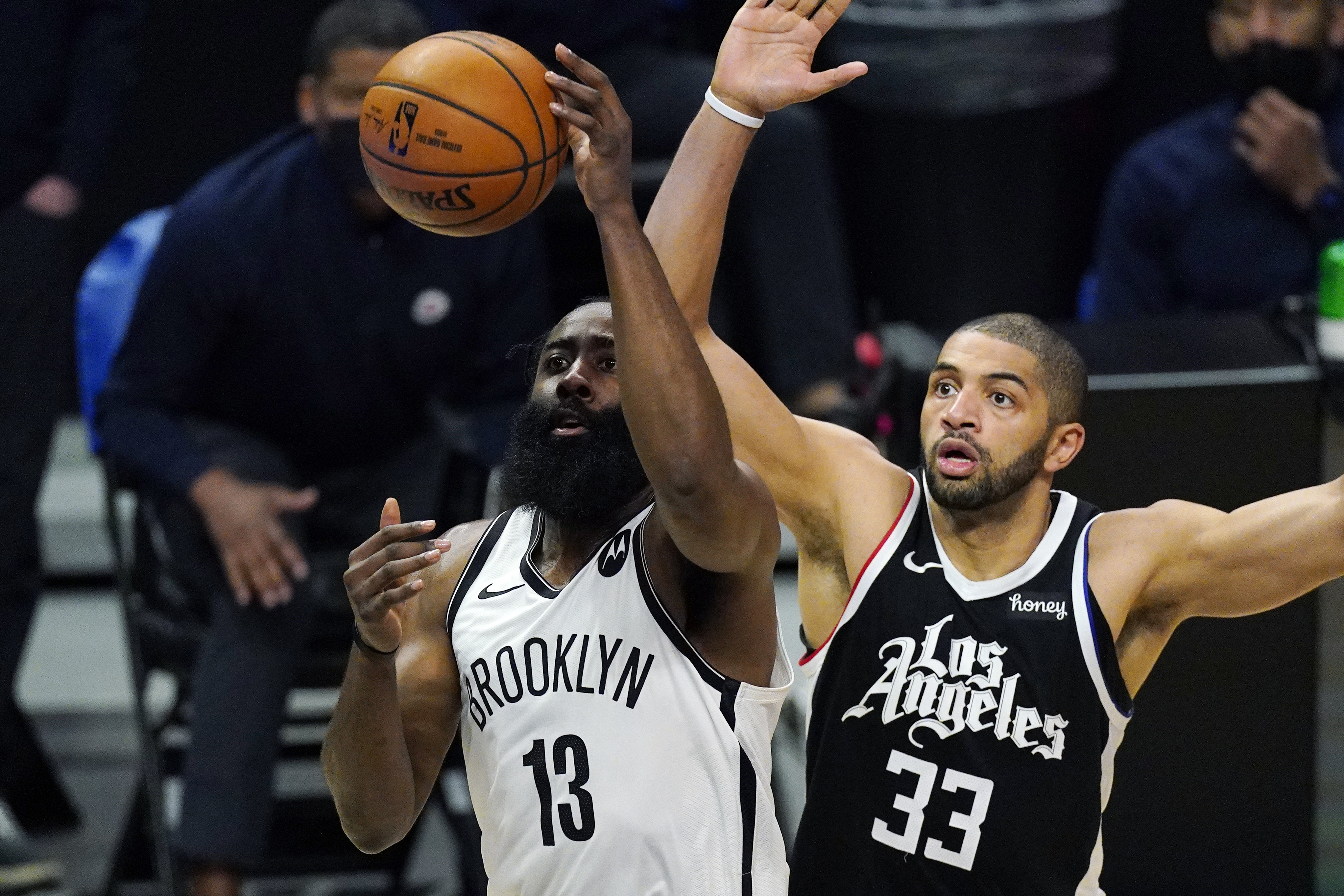 The Nets came home Monday after the first 5-0 western trip in team history, part of a league-high six-game winning streak.

It’s a bounce-back for the Nets, who had bottomed out with a humiliating loss in Detroit. From that point — just 14-12 and mired in a three-game losing skid — they’ve become the hottest team in basketball and a favorite to reach the NBA Finals. How did that happen?

Brooklyn has doubled down on that even more since trading for James Harden.

Before Harden’s arrival, the Nets were switching picks 20 percent of the time, 3 percent above the league average. But through his first 14 games post-trade, that vaulted to 33 percent, which would lead the league this season according to Second Spectrum tracking. Going into Sunday’s win at the Clippers, they’d switched a staggering 41 percent of picks on the perfect western swing.

In many ways, it makes sense. Only three teams in the tracking era (since 2013-14) have switched over 40 percent — the Rockets the past three years, led by Harden and coached by current Nets assistant Mike D’Antoni.

“They switch 1-through-5 when Jeff Green is at the 5, and they switch 1-through-4 and drop when DeAndre [Jordan] is in the game. But the matchup that you think they wouldn’t switch, they do switch,” said Clippers coach Ty Lue. “It makes teams stagnant.”

Steve Nash is growing as a coach

Nash, who’d never served as an assistant, has been learning on the job.

He’s kept an upbeat tone but knew when to get on his team in the wake of the loss in Detroit. Despite guard Bruce Brown’s shortcomings as a shooter, Nash has found creative ways to use him as a cutter, screener and 6-foot-2 pseudo-center.

And Nash’s adjustments in Phoenix were impressive. He deployed a zone defense he hasn’t shown all season to help cool off the Suns. Then he pulled Jordan out of his usual drop coverage and had him switch for the first time all season — letting them switch 1-through-5, and daring Deandre Ayton to punish them. It let them rally from a 21-point halftime deficit, the biggest deficit overturned in team history.

The Nets got tough enough

The Nets didn’t have to be the Bad Boy Pistons; they just couldn’t afford to be historically bad, which is exactly how they’d been performing.

“That’s a nonnegotiable step in any team’s aspirations to have that resolve and toughness and connectivity,” said Nash.

In the first 13 games after the Harden trade, the Nets were just 7-6 and dead last in the NBA in defensive rating. But in the winning streak they’ve shown more fortitude on that end, up to 21st. That’s been enough to see their net rating vault from 18th in the league up to fourth.

Harden was named the Eastern Conference Player of the Week for the second time since joining the Nets.

Tiny firms will get PPP loans to themselves for 2 weeks