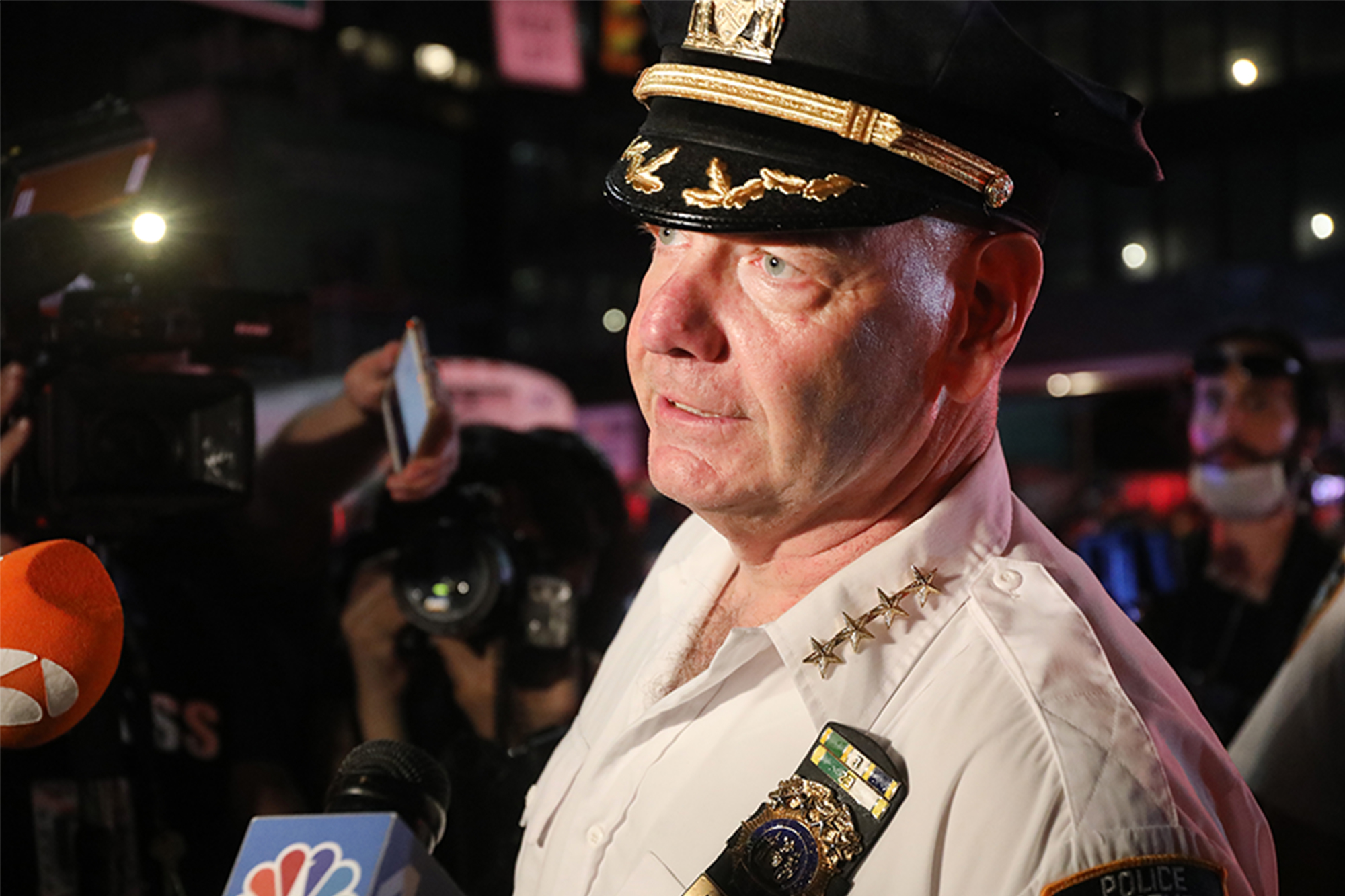 NYPD Chief of Department Terence Monahan is retiring and will be replaced by Chief of Detectives Rodney Harrison, The Post has learned.

Monahan’s departure after more than three years atop the 36,000-strong Big Apple police force could lead to a reshuffling of the department’s top brass.

Monahan, a Bronx-born cop with a tough-as-nails reputation, became the NYPD’s 40th chief of the department in 2018.

He joined the force in 1982, and had previously served as an inspector, deputy chief, assistant chief, and was named chief of patrol in 2016 before taking over as top dog.

The NYPD chief of department is the highest-ranking uniformed post.

That role will now be taken by Harrison, who became the NYPD’s first black chief of detectives in December 2019 after rising through the ranks.

Harrison, a native of Jamaica, joined the force in 1992, beginning his career in the 114th Precinct in Astoria, and going on to serve in station houses in Brooklyn and the Bronx.

Harrison also served in the department’s Internal Affairs Bureau before becoming chief of patrol and, more recently, chief of detectives.