Ian Eagle should call the Final Four instead of Jim Nantz 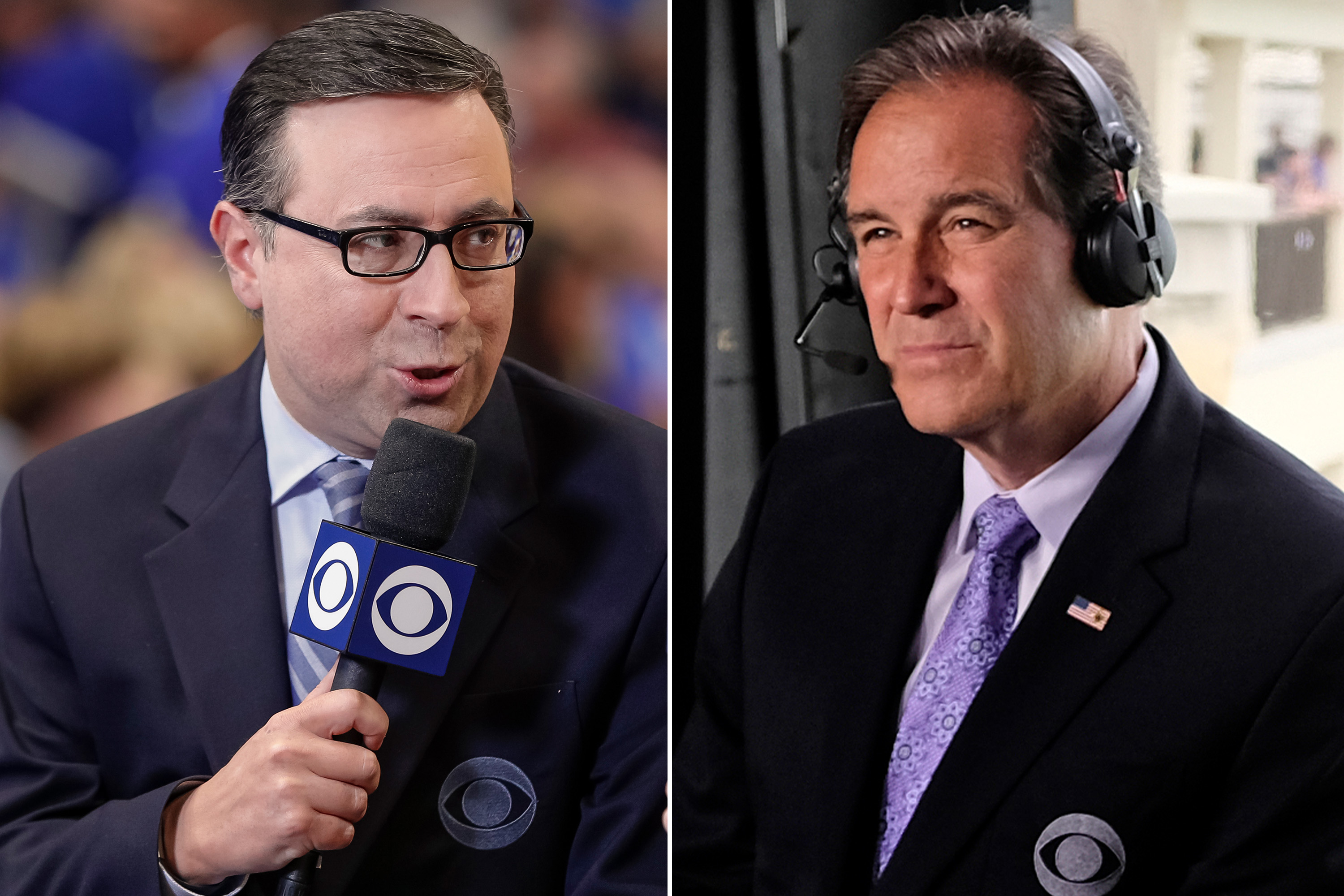 It is not that Jim Nantz is bad at calling college basketball, it is just that he is not the best that CBS has on the sport.

There may have been a time when Nantz was as good of a college basketball play-by-player as Ian Eagle, but it is not now.

Nantz parachutes in for the Big Ten Tournament and the NCAAs. He does not do any regular-season games. He is not immersed in the sport.

Before March begins, he may spend more time with his commercial partners, Samuel L. Jackson and Spike Lee, than his broadcast ones, Bill Raftery and Grant Hill.

Meanwhile, Eagle, 52, lives the game, and you can hear it. Besides CBS – regular season and postseason – he does TNT NBA games and the Nets on YES. He didn’t start limbering up in March — he sprinted into the month. And he has owned the broadcasting side of the men’s NCAAs.

On Sunday, to punctuate Alabama’s 3-pointer to send its game with UCLA into overtime, Eagle nailed the call of the tournament with his growing trademark, “Oh yeah!”

The Kool-Aid saying feels like the next generation after Marv Albert’s “Yes!” and Mike Breen’s “Bang!” It is not gimmicky and has the same elation a fan feels after the biggest shots.

During the opening weekend of games, Eagle had the funniest moment of the tournament when he said that Texas Southern alum, Megan Thee Stallion, sent a message to the team that if they are going to rebound they have to use their, “Body-ody-ody-ody-ody-ody-ody.” It had that classic peak Marv humor feel to it.

In the first two rounds, with Jim Spanarkel sidelined due to COVID protocols, Eagle and Hill sounded like a No. 1 team. Hill had enthusiasm and insight. With Nantz and Raftery, Hill often feels like a third wheel.

Nantz is, of course, one of the biggest names in the game. He is an all-timer on golf. With his 62nd birthday in May, he just signed a new contract, which may entitle him to call the Masters for eternity.

Nantz is also tenured brand. He has his own line from Vineyard Vines, his official wardrobe, that they flash at the end of the games. He is in those incessant Capital One ads. And it often feels more about the Nantz image or which other play-by-player names he can drop than the broadcast.

Next weekend, the fact that he is going to call his alma mater, Houston, is a nice little sidebar. But it, by no means, should be a focus. The play-by-player’s job is about making the game more enjoyable. Eagle does that more than Nantz. The Final Four would be better with Eagle on play-by-play.

Years ago, a prescient Dan Patrick said Eagle is the best sportscaster anywhere. If you have watched this tournament, it is hard to argue against Eagle being the best on basketball.

Newcomers Avery Johnson and Brandon Haywood were good additions in the first round by TNT/CBS. Johnson has a distinctive sound, but more importantly, as a top former player and coach, he is just so confident in what he is seeing and saying. Haywood talked a little too much for some, but his enthusiasm and willingness to offer opinions is something that can lead to growth. You could tell he worked at it and wants to be there. … The addition of Andy Katz to TNT’s Charles Barkley set was a good move. Katz, who was one of the ESPN lifers let go in one of that network’s rounds of layoffs, has fought back to earn a marquee assignment. He is a knowledge guy, which is needed as Barkley and crew are more entertainment than information.

“The Bona Fide Legend of Cool Papa Bell: Speed, Grace, and the Negro Leagues” by Lonnie Wheeler takes the reader back to the years before Jackie Robinson and integration of the MLB and challenges faced by the players as they sought to eke out a living. In addition, the author focuses on the career and accomplishments of Hall of Famer Cool Papa Bell, reputed to be the fastest runner in the game and a Hall of Famer. A book for baseball history buffs receives a stellar, 4.5 out of 5 from Papa Clicker.

Chris Cuomo steps out for COVID-19 vaccine amid testing scandal

Luis Severino eager to face his next big Yankees test