Another shooting at NYCHA complex plagued by recent gun violence 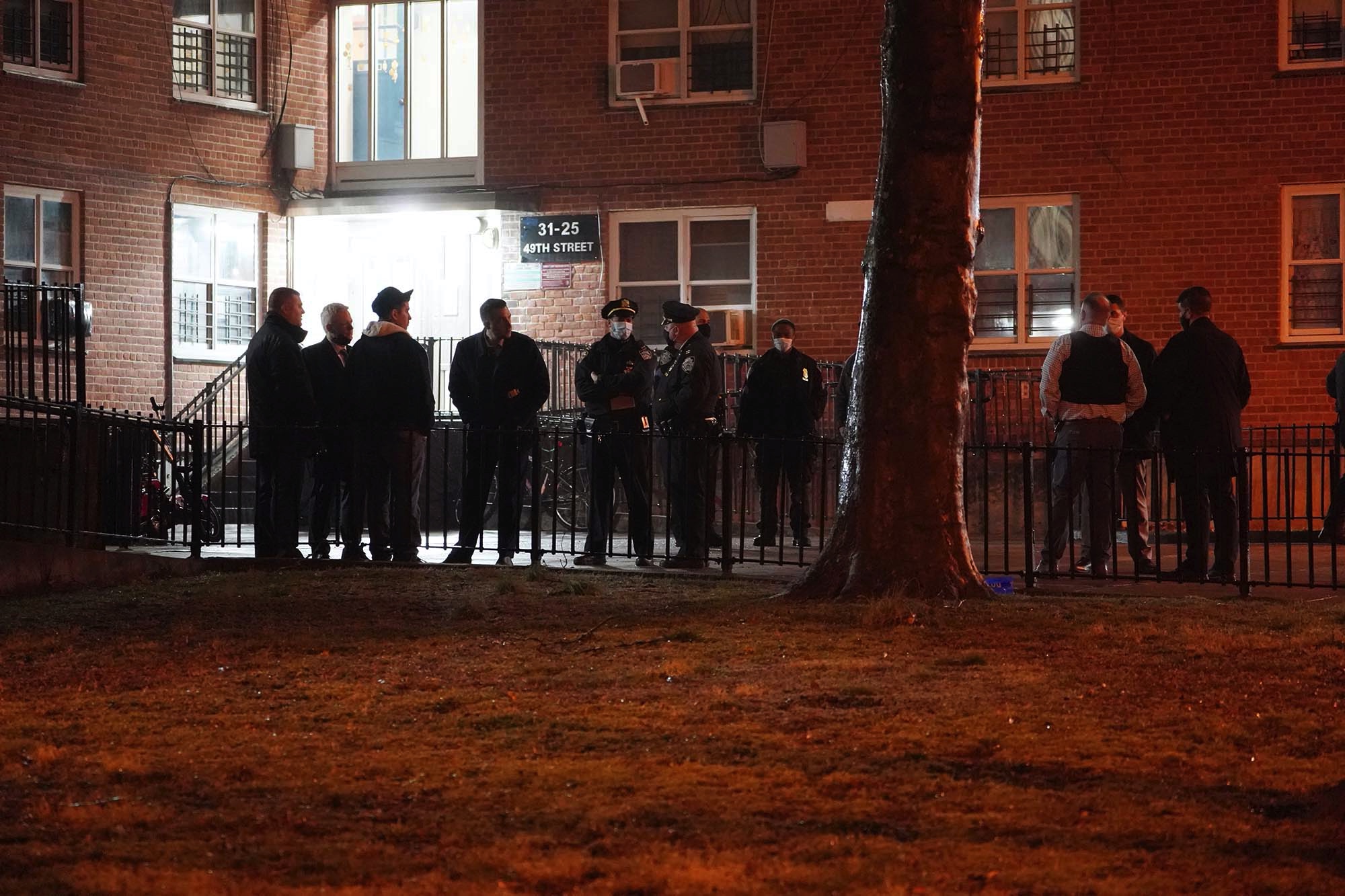 In Wednesday’s shooting, a 32-year-old man was struck in the back during a suspected attempted robbery while he was sitting outside the Woodside Houses on 49th Street at about 11:45 p.m., cops said.

The unidentified victim was rushed to Elmhurst Hospital in stable condition, authorities said. No arrests had been made by Thursday morning.

Wednesday’s shooting was the latest incident in a spate of gun violence near the NYCHA development in the Woodside section of the borough.

On March 12, mother Gudelia Vallinas was caught in the crossfire as suspected gang members exchanged gunfire with one another at about 8:15 p.m. on 48th Street, cops and sources said at the time.

Vallinas was hit in the head by a stray bullet and later died.

On Tuesday of this week, a 29-year-old named Elliot Clairborne was fatally blasted in front of the Woodside Houses near the intersection of 49th Street and Broadway at about 1 p.m., according to cops.

No arrests have been made in either slaying, cops said. Investigations into the killings are ongoing.