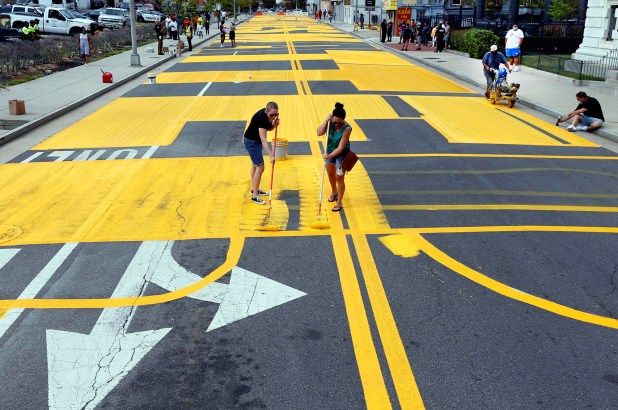 The City Council on Wednesday voted to shell out $36,000 for the project, which will first require the road — Martin Luther King Jr. Boulevard — to be repaved, before a new mural is painted, the Associated Press reported.

Repaving is necessary because the yellow paint used in the first tribute cannot be painted over, the report said.

“It was an oversight on our part, and when we realized it, we fixed it,” Mayor Marty Small said.

“The words ‘Black Lives Matter’ will still be on the street.”