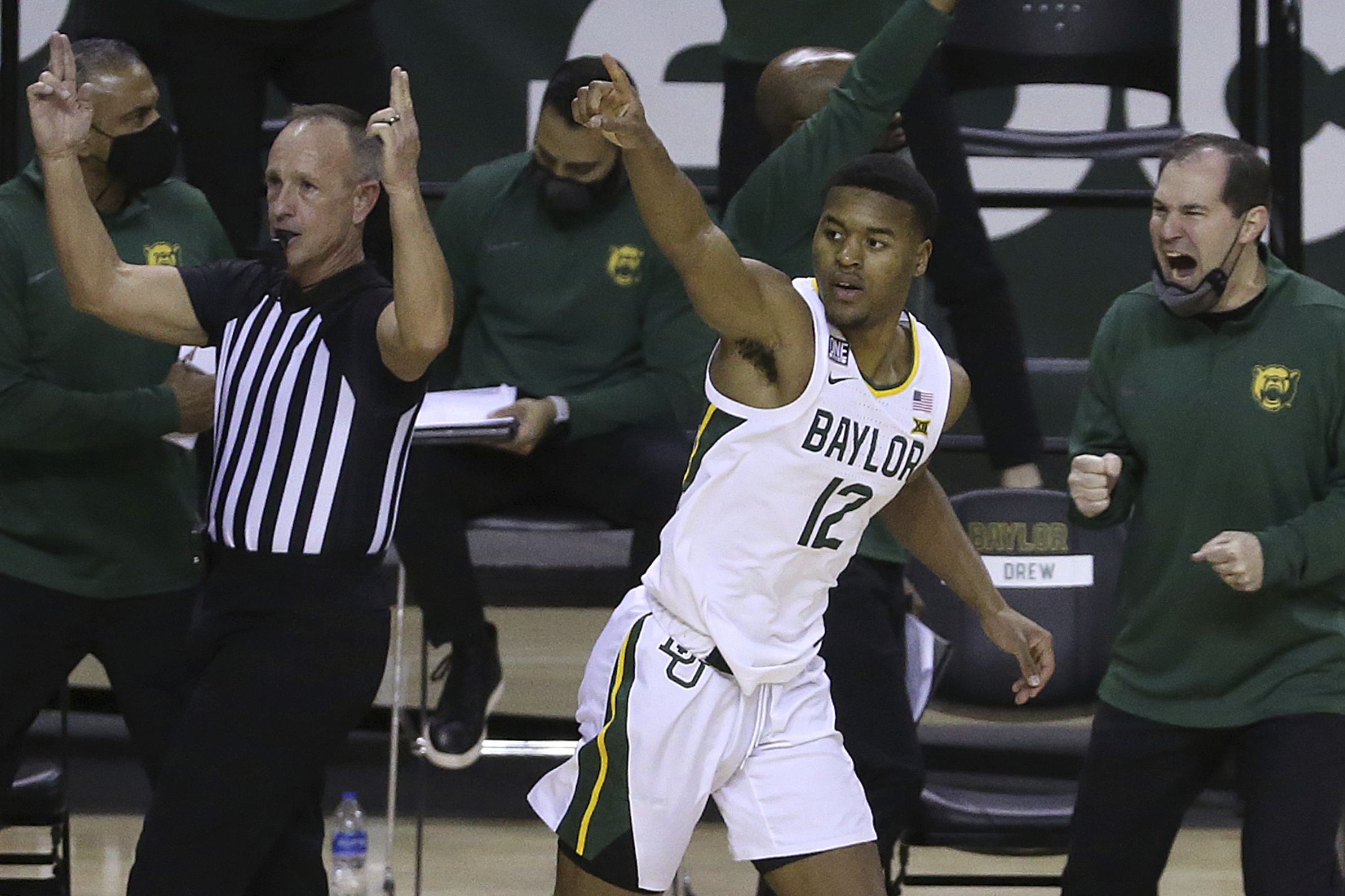 The Baylor Bears looked nearly unstoppable prior to their COVID-induced pause in February, and after losing for the first time all season last weekend at Kansas, the team looks to have its mojo back entering Sunday’s home battle with Texas Tech.

In wins over West Virginia and Oklahoma State this past week, Baylor rediscovered its 3-point shooting touch, making 22 of its 53 shots from the outside, including 9 of 18 by guard Jared Butler. For the season, the Bears have the best 3-point shooting percentage in the nation (42 percent).

Texas Tech ranks 14th in the country in fewest points allowed on a per-possession basis on defense, but the Red Raiders are a different team away from Lubbock, giving up 16.7 more points per 100 possessions on the road compared to at home. The team is also allowing opponents to shoot 39.8 percent from 3-point range in road games compared to 28.9 percent at home, with its road 3-point shooting defense ranking 324th.

Baylor has also been stout on defense, rating 17th in points allowed on a per-possession basis. And the Bears turn defense into offense, nabbing the third most steals per possession in the nation to help lead to fast-break chances.

Baylor rebounds 35.5 percent of its missed shots, which ranks No. 7, so the Bears’ 14-7 against-the-spread record should continue to improve on Sunday.

NY legislature proposes nearly $7B in new taxes on wealthy