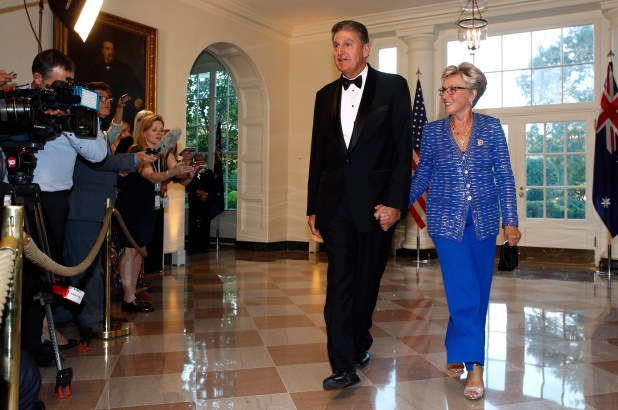 President Biden has picked the wife of an extremely influential US senator for a federal commission post, the White House announced Friday.

She’s been married for 53 years to Sen. Joe Manchin, D-W.Va., a critical vote in the Senate for Biden if he wants to get any of his major legislative priorities passed.

With Democrats holding the slimmest of majorities with a 50-50 split and Vice President Kamala Harris casting the tie-breaking vote, Manchin’s influence in the Senate has grown tremendously.

As a moderate from a red state, Manchin has openly pushed back on some of the Democrats’ boldest ideas, including the $15 minimum wage, eliminating the filibuster and far-reaching gun control legislation. His resistance has forced concessions.

For example, during the passage of $1.9 trillion coronavirus relief legislation where Democrats needed to be totally united, Manchin and the White House were in negotiations that ultimately led to reducing the amount of unemployment insurance benefits in the final package that passed along party lines.

The Appalachian Regional Commission includes the governors of each of the 13 Appalachian states and the Federal Co-Chairperson who is appointed by the president and confirmed by the Senate. It operates with about a $165 million budget.

It was not immediately clear when Manchin’s confirmation vote would come before the Senate.

DHS asks for volunteers to process kids detained at border

Protesters set fire outside Portland courthouse in clash with feds