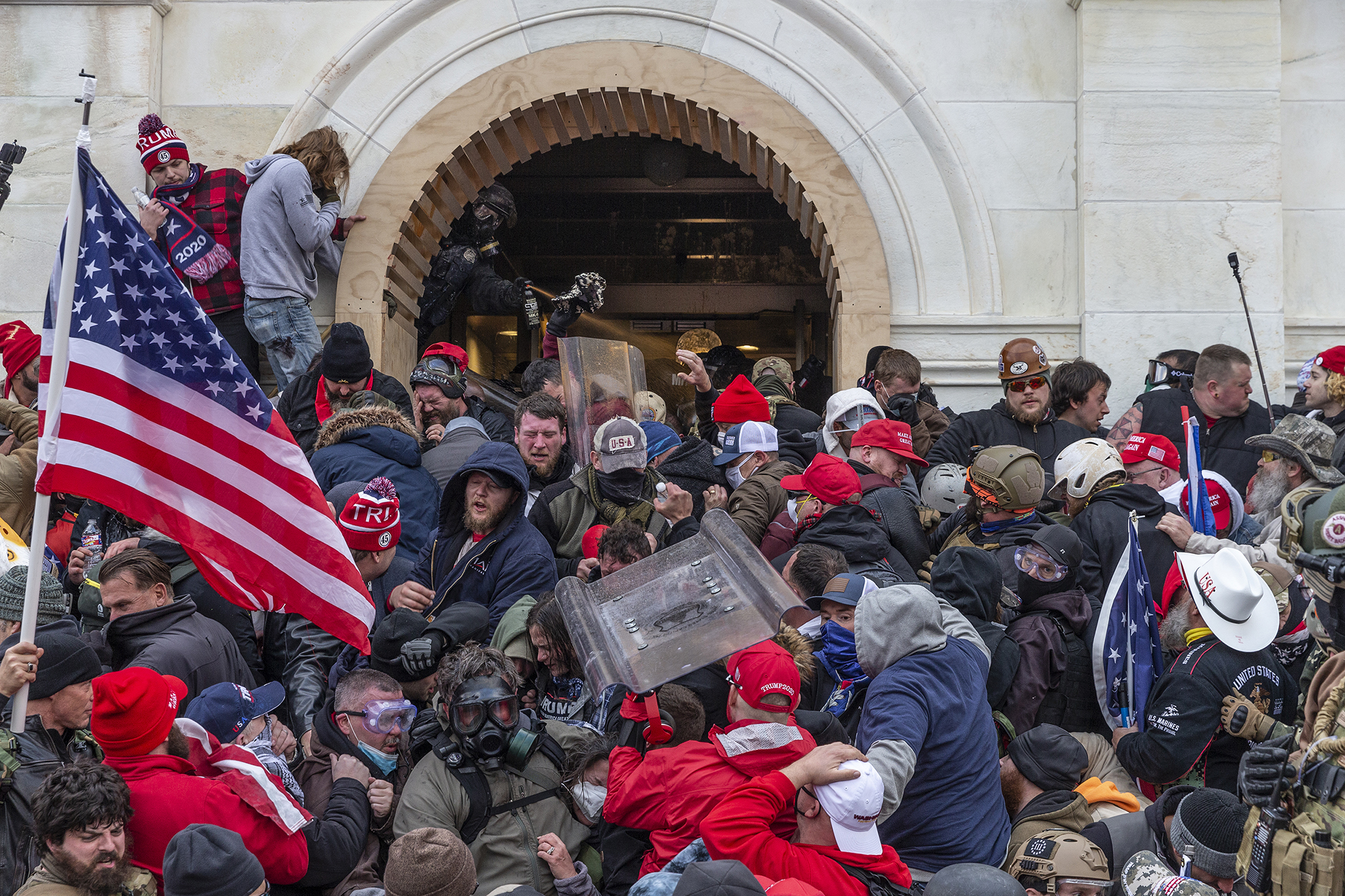 It’s been two months since several House Democrats accused unnamed Republican colleagues of aiding Jan. 6 rioters by providing them with reconnaissance tours of the US Capitol before the chaos – but no proof has come to light yet to back up those claims.

Fox News, however, has learned that federal prosecutors are still “requesting video” from Capitol authorities in an effort to ascertain if certain members gave tours leading up to the riot, according to a source familiar with the inquiries.

The US Attorney for the District of Columbia is still actively investigating allegations that members gave Capitol tours to rioters on Jan. 5. and other days leading up to the now infamous Capitol riots, according to a well-placed source familiar with the ask. Fox News is told they have asked Capitol law enforcement officials for additional video in recent weeks.

The Department of Justice and FBI declined to comment.

But lawmakers on Capitol Hill have raised concerns about the unsubstantiated allegations – with one saying any speculation is “dangerous.”

“There was never any name. There was never anyone who anyone saw do something to have the charge of basically running reconnaissance tours leveled against them,” said House Administration Committee ranking member Rep. Rodney Davis, R-Ill. “I think it’s part of the problem we have around here, that there will be accusations leveled and the media discusses those accusations but we don’t ask the simple question – who are they talking about? We can’t speculate because that’s a very dangerous place for anyone to be.”

In late February, Rep. Tim Ryan, D-Ohio, the chairman of the House subcommittee with oversight authority over the Capitol Police, told reporters the matter was “in the hands of the US Attorney here in DC…They are reviewing the footage.”

The allegations first surfaced in the media in January. House Democrats at the time requested an immediate probe into “suspicious behavior” and access they claimed was given to visitors at the US Capitol before the riot.

Thirty-four lawmakers, led by Rep. Mikie Sherrill, D-N.J., who first went public with the “reconnaissance” tour claims, urged the Capitol Police and the acting House and Senate sergeants-at-arms to look into the matter in a letter.

“The visitors encountered by some of the members of Congress on this letter appeared to be associated with the rally at the White House the following day,” the lawmakers wrote. “Members of the group that attacked the Capitol seemed to have an unusually detailed knowledge of the layout of the Capitol Complex. The presence of these groups within the Capitol Complex was indeed suspicious.”

The letter did not name any members or staff who may have led the alleged “reconnaissance” tours, as Sherrill described them, or give more detail on why the visitors appeared suspicious.

House Speaker Nancy Pelosi, D-Calif., in January also suggested Republican members of Congress could face criminal prosecution if they assisted rioters in the attack on the Capitol on Jan. 6.

Meanwhile, the US Attorney’s Office for the District of Columbia is also investigating the hundreds of US Capitol rioters. Authorities have charged more than 300 people and at least another 100 are expected to face charges.

Law enforcement is also on the hunt for the person responsible for putting pipe bombs near the RNC and DNC headquarters in Washington. The FBI released new video last week that shows someone in a hoodie, who authorities believe is their suspect.

Federal investigators continue to follow leads in the death of US Capitol Police Officer Brian Sicknick. He died a day after the riot and there are still many questions unanswered about his untimely death. A member of law enforcement called the broader investigation one of the largest in American history.