A former Albany statehouse reporter is now the seventh woman to publicly accuse Gov. Andrew Cuomo of sexual harassment — detailing on Friday instances of unwanted touching and humiliating comments she endured while covering his administration.

Jessica Bakeman says she was sexually harassed by Cuomo several times since the start of her journalism career in 2012.

In a first-person piece for New York Magazine, she described a 2014 holiday party in which the governor gripped her tightly as she went to say goodbye for the night.

“He took my hand, as if to shake it, then refused to let go,” Bakeman wrote. “He put his other arm around my back, his hand on my waist, and held me firmly in place while indicating to a photographer he wanted us to pose for a picture.”

Bakeman, who was 25 at the time and working for what is now Politico New York, said red flags went up, given her “job was to analyze and scrutinize him.”

“I didn’t want a photo of him with his hands on my body and a smile on my face,” she wrote. “But I made the reflexive assessment that most women and marginalized people know instinctively, the calculation about risk and power and self-preservation. I knew it would be far easier to smile for the brief moment it takes to snap a picture than to challenge one of the most powerful men in the country.”

Months into her professional career, Bakeman alleged Cuomo slid his arm around her shoulders while he told stories with her male colleagues at a party at the Executive Mansion for an outgoing communications aide.

“He left it there, and kept me pinned next to him, for several minutes as he finished telling his story,” she recalled of the alleged 2012 incident, when she worked for USA Today. “I stood there, my cheeks hot, giggling nervously as my male colleagues did the same. We all knew it was wrong, but we did nothing.” 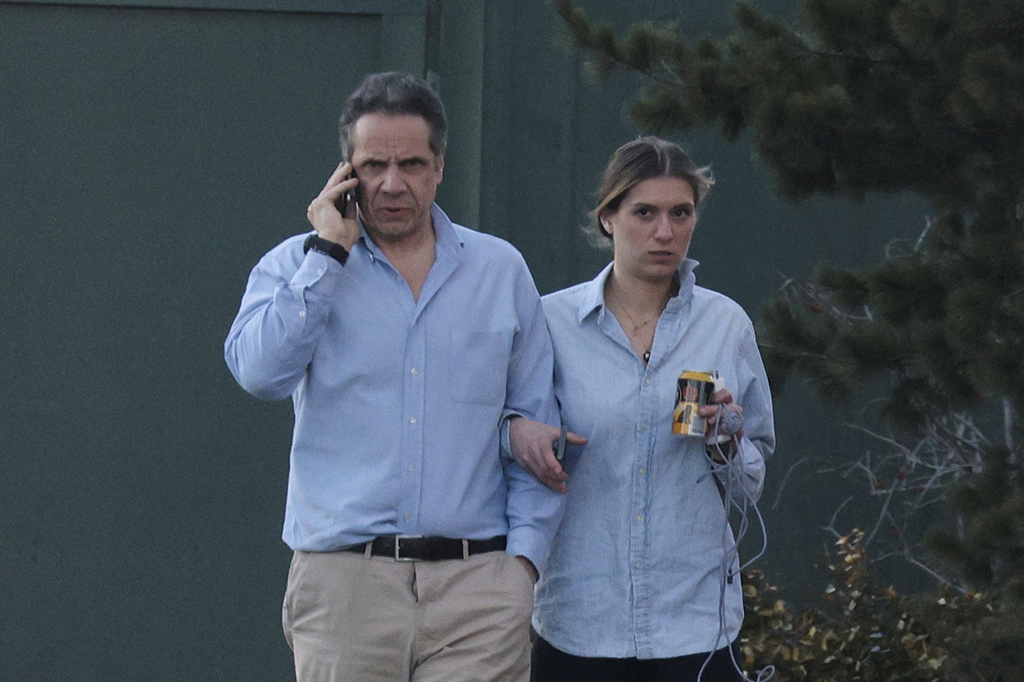 Gov. Andrew Cuomo walks with one of his daughters on the grounds of the Governor’s Mansion in Albany on March 12, 2021. 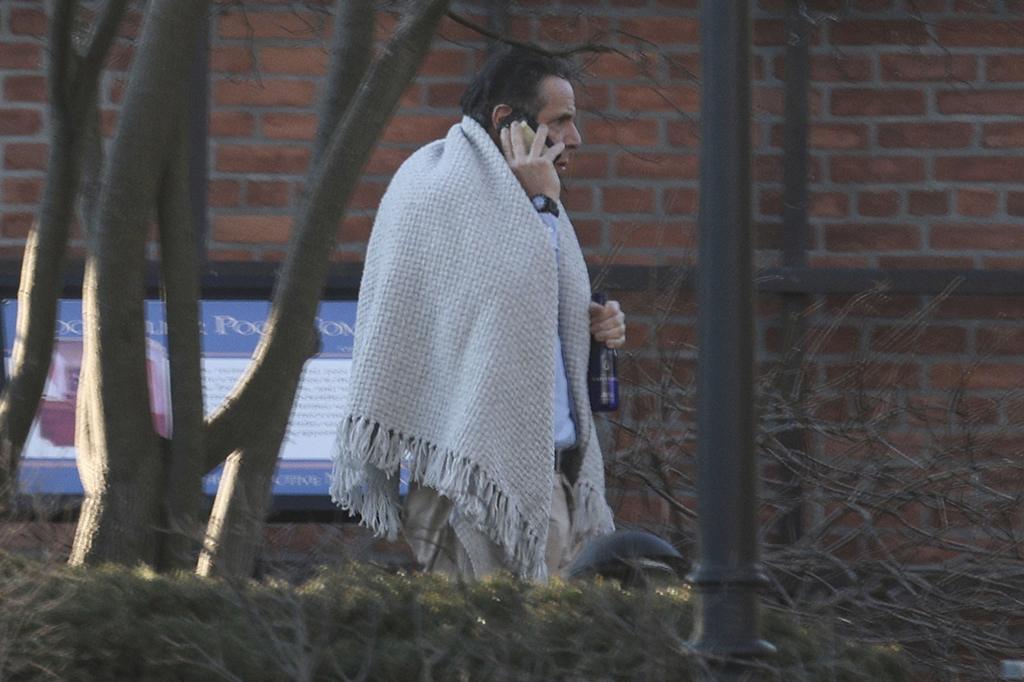 Cuomo is seen wrapped in a blanket on the grounds of the Governor’s Mansion in Albany on March 12, 2021.

In the ensuing years, Cuomo “never let me forget I was a woman,” Bakeman continued, saying that he once mocked her for having a purple phone — instead of answering her question during a press gaggle — and humiliated her again in 2014, when she shouted over her male colleague, Ken Lovett, a former Post Albany reporter then working for the Daily News, at a press conference.

“‘I just enjoy how you shut up Ken Lovett, to tell you the truth,’” Cuomo told her at the time, Bakeman wrote.

She added, “Cuomo seemed to think the fact that I had the audacity to speak over a man was hilarious. With him, these exchanges were always meant to be a public humiliation.”

Bakeman said she knew Cuomo never wanted to have sex with her.

Instead, “it was about power,” she wrote. “He wanted me to know that he could take my dignity away at any moment with an inappropriate comment or a hand on my waist.”

The reporter, who now works in Florida, said there’s a marked difference between how Cuomo treats her male colleagues.

“The way he bullies and demeans women is different,” she said. “He uses touching and sexual innuendo to stoke fear in us. That is the textbook definition of sexual harassment.”

The three-term Democrat is facing mounting calls from his own Democratic colleagues to resign from office over the series of sexual misconduct allegations.

The matter will be investigated by New York Attorney General Letitia James, while the state Assembly on Thursday approved a probe into potential impeachment.

Cuomo has vehemently denied the allegations — and has so far refused to step down over what he deems “cancel culture.”

Nationals in sudden COVID crisis before Opening Day vs. Mets