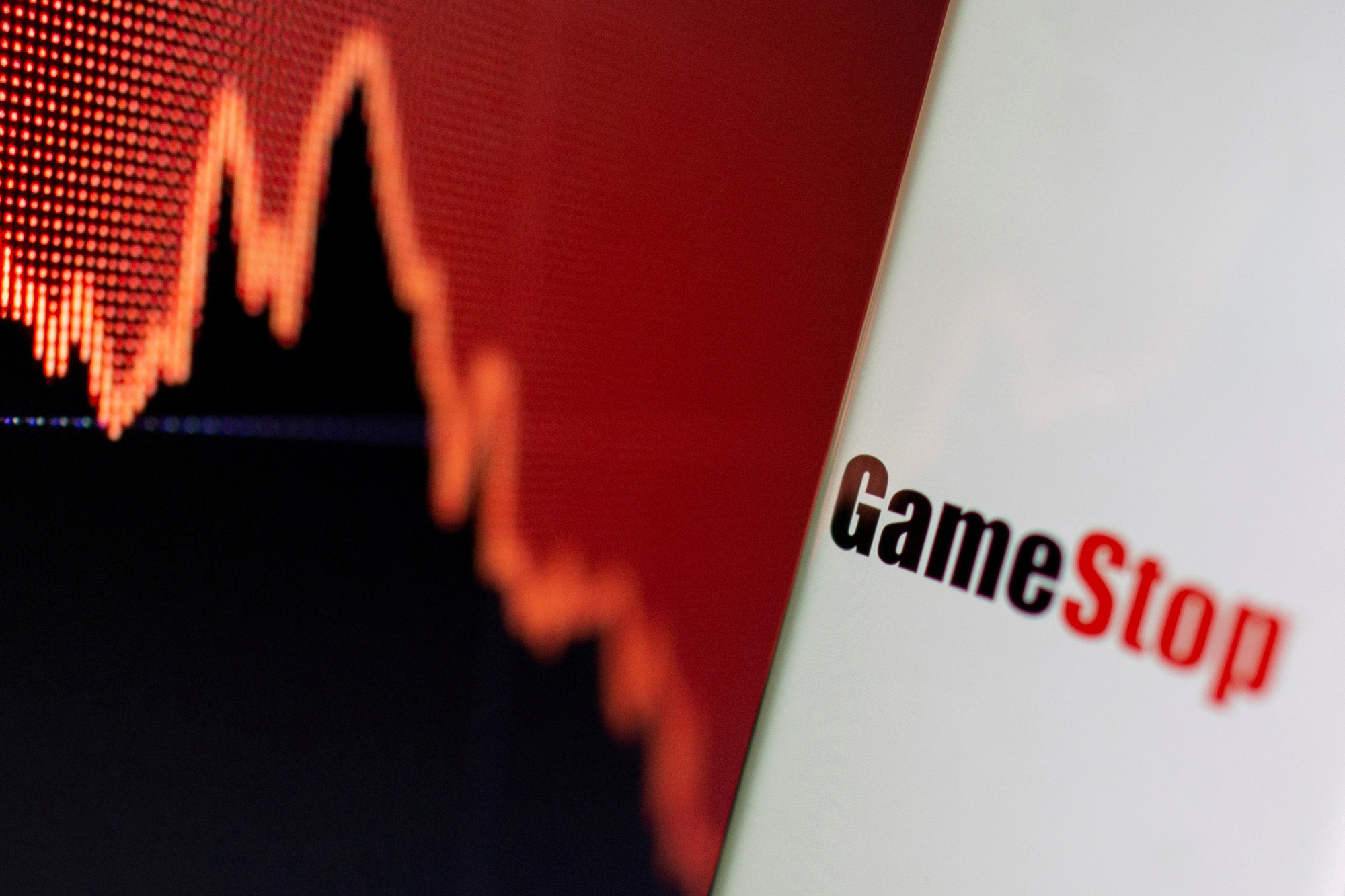 The Texas-based retailer’s stock price sank nearly 22 percent to an intraday low of $172.35 after hovering above $200 for three consecutive days.

That added to the nearly 17 percent plunge GameStop suffered Monday even as many rookie traders on Reddit’s WallStreetBets forum stood firm in their dedication to the stock.

This week’s sharp drop was reminiscent of how the video-game chain’s shares crashed dramatically in the weeks after Reddit’s army of retail investors pushed them as high as $483 in late January.

The WallStreetBets crowd rallied around the stock in an effort to squeeze well-heeled hedge funds that had bet against it. But the rally lost steam through February as GameStop shares fell as low as $38.50.

GameStop and other so-called meme stocks — such as cinema chain AMC Entertainment and headphone maker Koss — will likely stay volatile in the coming weeks as more amateur traders put their $1,400 stimulus checks into the market, according to Dan Pipitone, co-founder of commission-free brokerage TradeZero America.

“We do see a rush of new money being deployed from the retail space, and it obviously stands to reason that the stocks that have gained the most popularity, notoriety over the last six to eight weeks, I think those are the ones that are going to be in vogue, in fashion,” Pipitone told The Post.

The Reddit-fueled rally has still driven up GameStop’s share price by more than 800 percent so far this year even at Tuesday’s session low.

The stock got a major boost last week after GameStop tapped Chewy.com founder Ryan Cohen — whom bulls view as the company’s likely savior — to helm its shift into e-commerce.

The shares will be put to the test again next week when GameStop reports earnings for its most recent quarter, which included the holiday shopping season.