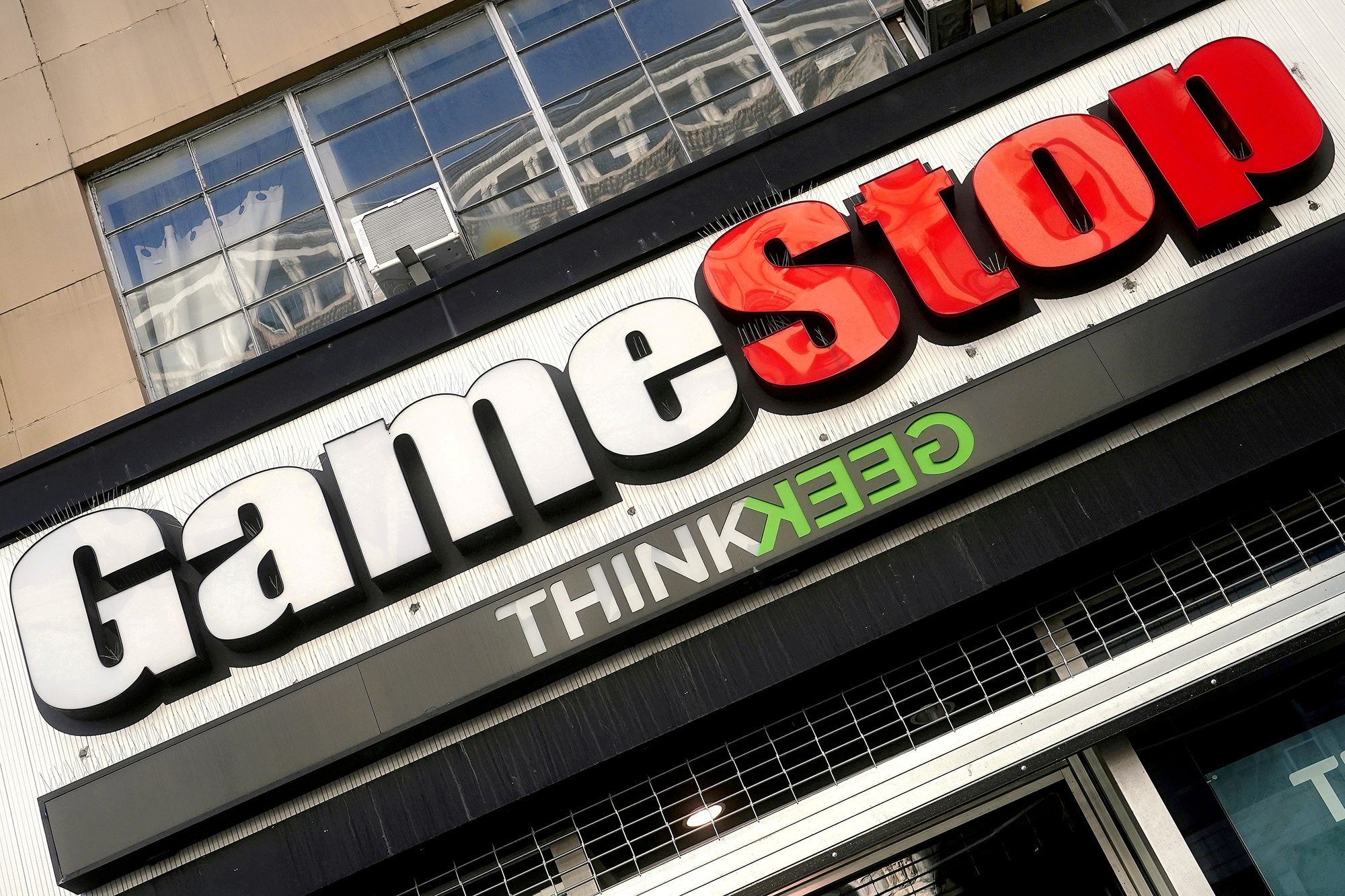 The video-game retailer’s stock price moved like a roller coaster in early trading before settling into the red in the early afternoon.

That set GameStop up to wipe out some of the some of the 7.3 percent gain it eked out on Wednesday, when it settled at $265 — the highest closing price since Feb. 1 — after breaking above $300, crashing more than 40 percent and then recovering.

Trading on GameStop was halted seven times over the course of the session before it managed to notch its second-highest closing price ever, according to MarketWatch.

Despite Thursday’s dip, GameStop shares have nearly doubled since a week ago as a fresh wave of excitement gripped Reddit’s WallStreetBets forum, which pushed the stock as high as $483 in late January in a populist campaign against hedge funds that had bet it would fall.

The latest surge is a sign that small investors have realized “they are no longer forced to play by the rules” that Wall Street has long imposed on them, according to David Trainer, CEO of investment-research firm New Constructs.

“This sort of represents an Arab Spring for the self-directed investor, where they now understand that they have been bullied and exploited for many, many years and they have decided to push back,” Trainer told The Post, referring to the wave of uprisings that swept the Arab world a decade ago.

It’s unclear what sparked the recent volatility in GameStop shares. But it came amid a rally that picked up steam early this week after the company confirmed it had tapped Chewy.com founder Ryan Cohen — whom some fans view as the company’s likely savior — to spearhead its shift into e-commerce.

Many Reddit traders have remained defiant during the shares’ wild ride this week, with some even reveling in Wednesday’s crazy price action.

“I want to genuinely hear how fun today was for you apes that are balls deep with me in [GameStop],” a Redditor named chuqz wrote in a Wednesday evening post that got 4,200 “upvotes” on the forum. “I needed a rush like today. I had a blast.”

Thursday’s trading seemed boring by comparison to some on the message board — but it didn’t shake their dedication to the stock.

“If I didn’t sell out [of] fear when these f–ks tanked the stock yesterday, what makes [them] think I will sell out of boredom ??” immya123 wrote on a Thursday comment thread.

If GameStop’s latest bounce is anything like its unprecedented January surge, the stock could be in for a major crash. The Texas-based company’s shares fell as low as $38.50 on Feb. 19, less than a month after the peak of the rally that turned Wall Street upside down and sparked congressional hearings.

The stock could face another test on March 23, when GameStop is slated to report financial results for the fourth quarter of its 2020 fiscal year, which included the holiday shopping season.

Wall Street analysts are expecting GameStop’s adjusted profits for the quarter to jump about 13 percent to roughly $1.43 per share on revenues of about $2.3 billion, according to Bloomberg data.