Gov. Cuomo targeted yet again with another highway billboard 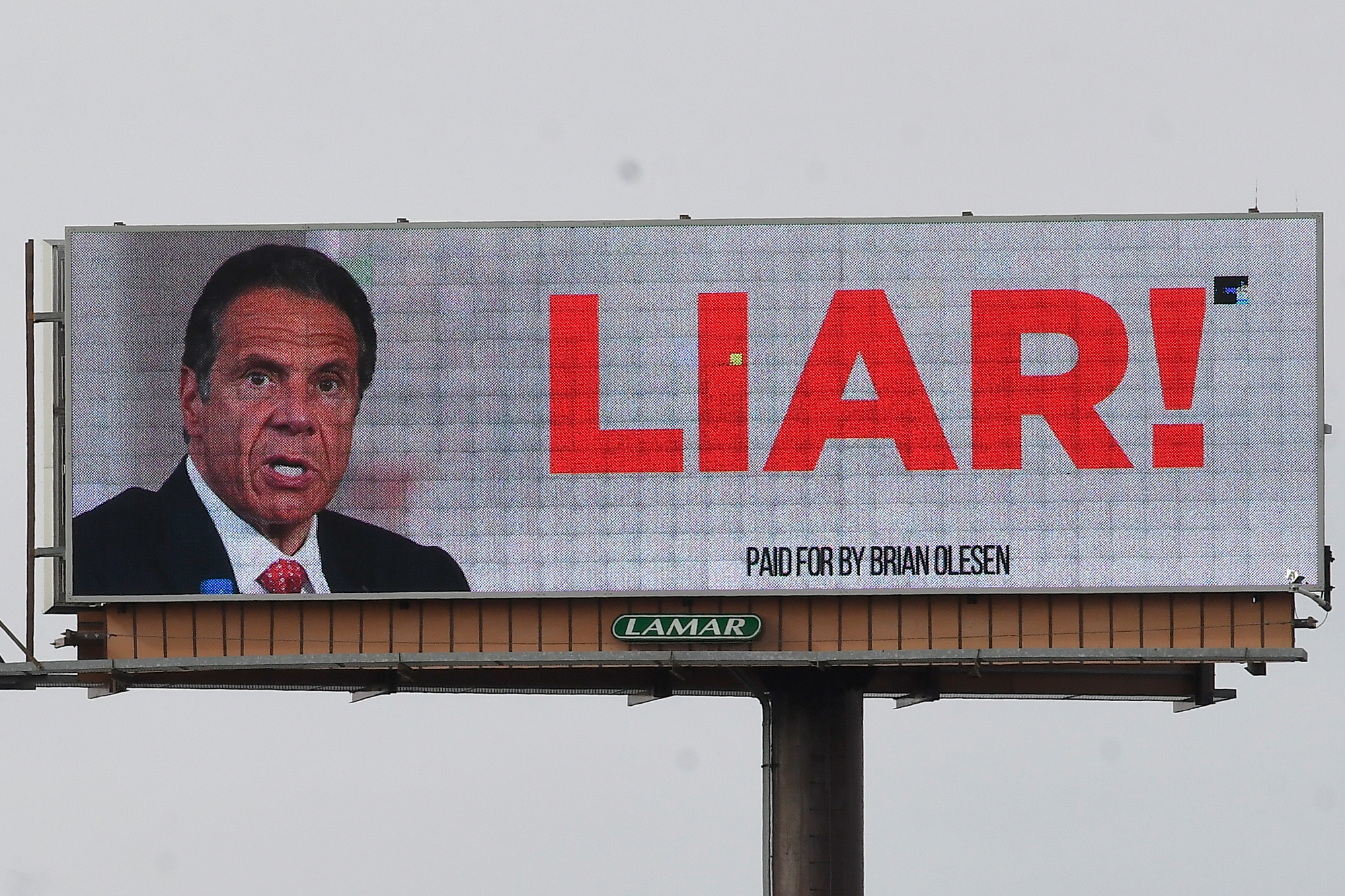 Gov. Andrew Cuomo has a new message aimed at him on a highway outside of Albany.

An electronic billboard that first targeted the governor with his photo and the word “Impeach!” and then changed to “Resign Now!” shifted Saturday to read “Liar!” in big red letters.

Brian Olesen, owner of Albany area gun store American Shooter Supply, is updating the messages with the developing scandals rocking the Cuomo Administration — starting with the nursing home crisis and cover-up of the true death count of residents; and the mushrooming sex-harassment allegations from former aides.

“That was basically inspired by that ridiculous presser he had where he lied about being a sexual predator and abuser. He’s already lying about the nursing homes and trying to cover up on that,” Olesen said. “We’re calling into question not only is credibility but his ability to serve New York.”

The sign says “Melissa DeRosa — Are you Proud of Cuomo’s Words + Actions?”

The sign comes after DeRosa said she was “incredibly proud of the work that this administration has done to further women’s rights.”

You can now be a ‘millionaire’ in Venezuela for 50 cents

Tiger Woods’ golf future is not a priority right now