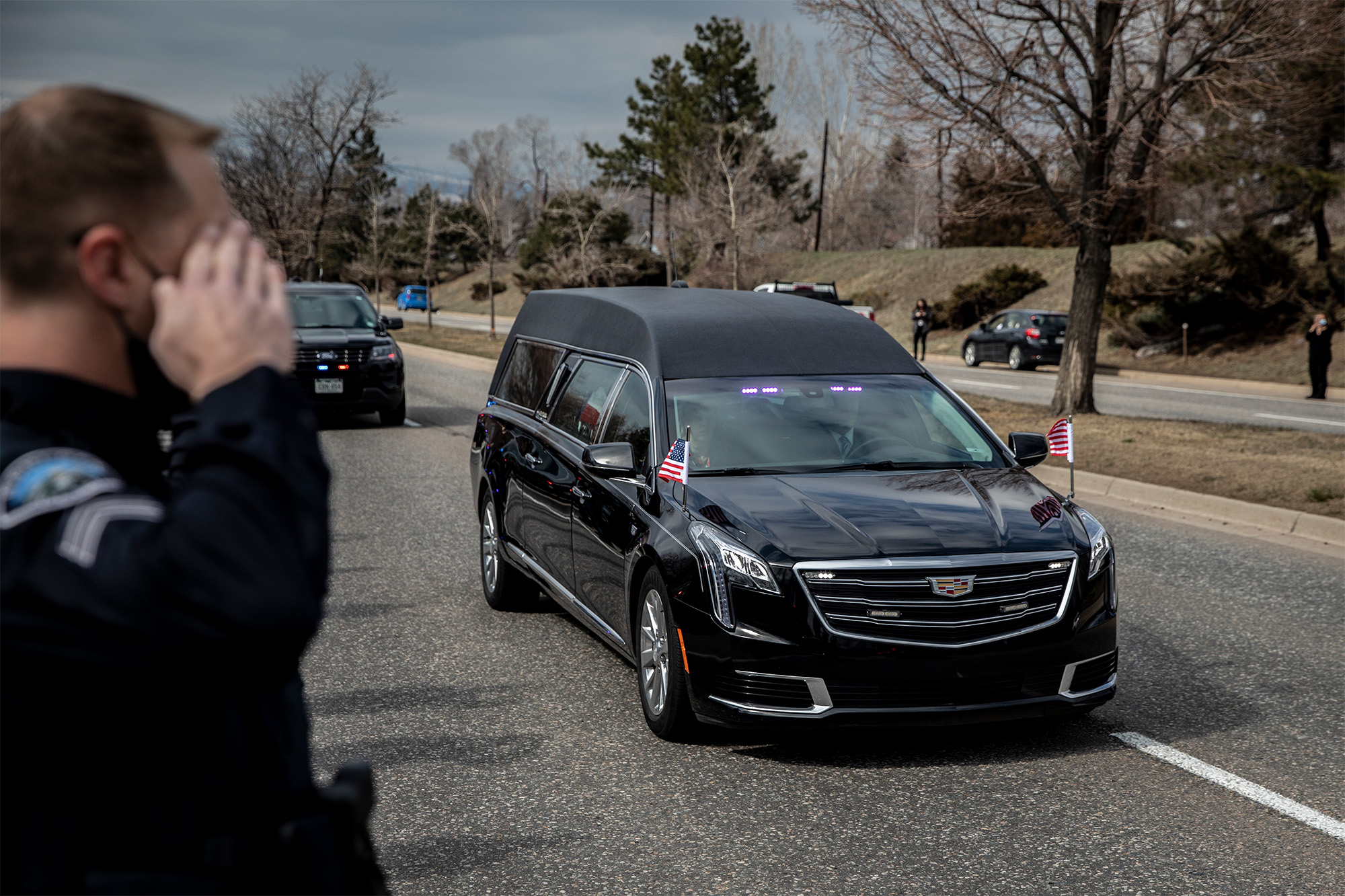 Citizens and emergency responders lined the streets of the Denver suburbs to give slain Boulder Police Officer Eric Talley a hero’s sendoff Wednesday.

Talley’s hearse was flanked by flashing lights as the procession covered about 35 miles of empty highways from the Boulder’s coroner’s office to an Aurora funeral home.

The 51-year-old father of seven was one of 10 people slaughtered at a King Soopers grocery store Monday.

Talley was one of the first officers on the scene and rushed inside to confront the lone gunman and aide shoppers trapped in the line of fire, officials have said.

The heroic officer gave up a lucrative IT job at the age of 40 to pursue a law enforcement career after a friend was killed in a DUI accident.

Talley was training to be a drone operator so he could avoid the front lines for the sake of his large family, his father Homer Talley told Denver’s ABC 7.

Ahmad Al Aliwi Alissa, 21, is charged with 10 counts of murder for the massacre.

Mets manager Luis Rojas in position to have strong Year 2

Gonzaga onto Elite Eight with March Madness win over Creighton