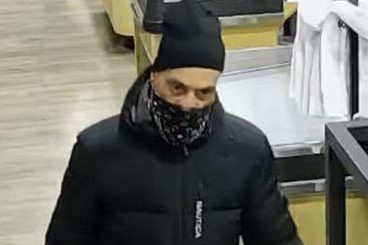 A racist assailant punched a man in the face in Harlem last month — and hurled anti-Asian slurs at him during the attack, the NYPD said Sunday.

The unidentified suspect walked up to a 27-year-old man near Fred Samuel Park on Lenox Avenue near 140th Street at about 10 p.m. on Feb. 15 and pushed him, police said.

The victim then asked his attacker why he shoved him, and the suspect responded by punching him in the face and yelling anti-Asian slurs at him, cops said.

The suspect ran off, heading toward 139th Street, according to police.

The attacker was last seen wearing a black jacket, black cap and a black bandana he used as a face mask, images released by the NYPD show.

Yankees’ Zack Britton ‘excited’ with elbow surgery behind him