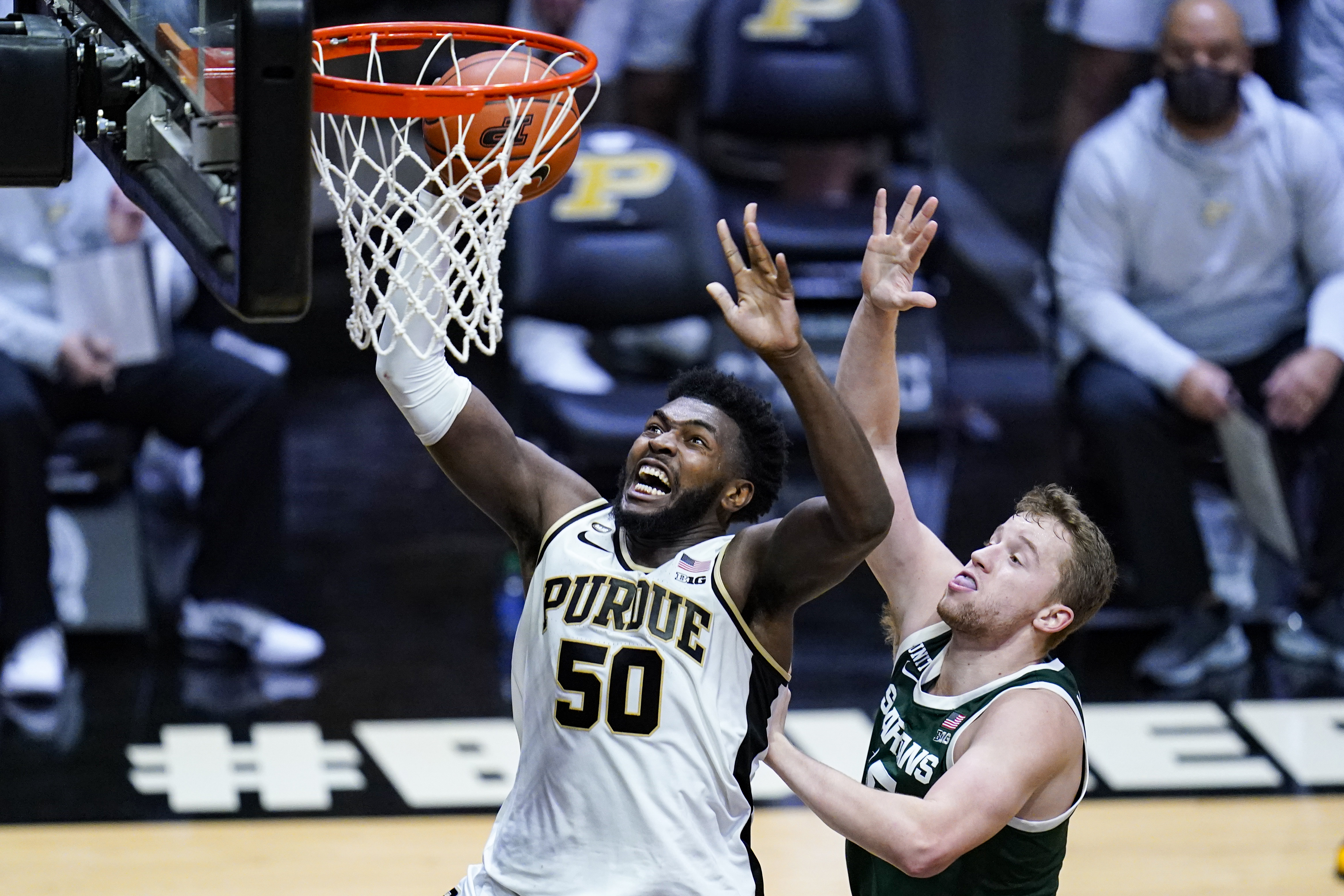 The Purdue defense has been one of the most rock-solid units in the nation in 2021, giving up 72 points or fewer in every game this calendar year. On Friday, the Boilermakers will visit a Penn State squad looking for revenge after an 80-72 defeat in West Lafayette, Ind., in January.

The Penn State offense has sputtered in February, scoring more than 68 points twice in their seven games, averaging 64.7 points per game. The Nittany Lions are shooting 31.6 percent from 3-point range in this stretch after making 36.6 percent from distance in their first 13 games, a problem considering Purdue is giving up the fewest points per game on 2-point shots among the 14 Big Ten teams in conference play.

Purdue ranks 21st in the country in rebound rate in true road games and should own the paint against a Penn State team that is allowing opponents to make 54.8 percent of its 2-point shots, which ranks 318th. Trevion Williams is the Boilermakers’ leading scorer at 16 ppg and also their top rebounder at 9.1 per game.

The Boilermakers have covered the spread in eight of their past 11 games, and with Penn State ranking 244th in country in points given up on a per-possession basis, Purdue’s covering ways should continue on Friday.

Man suspected of murdering mother was fired from NYPD in 2008

Want to Buy a Hair-Scrunchie Mask? Great. But Forget About That N95.

Dellin Betances will have to carve out Mets role