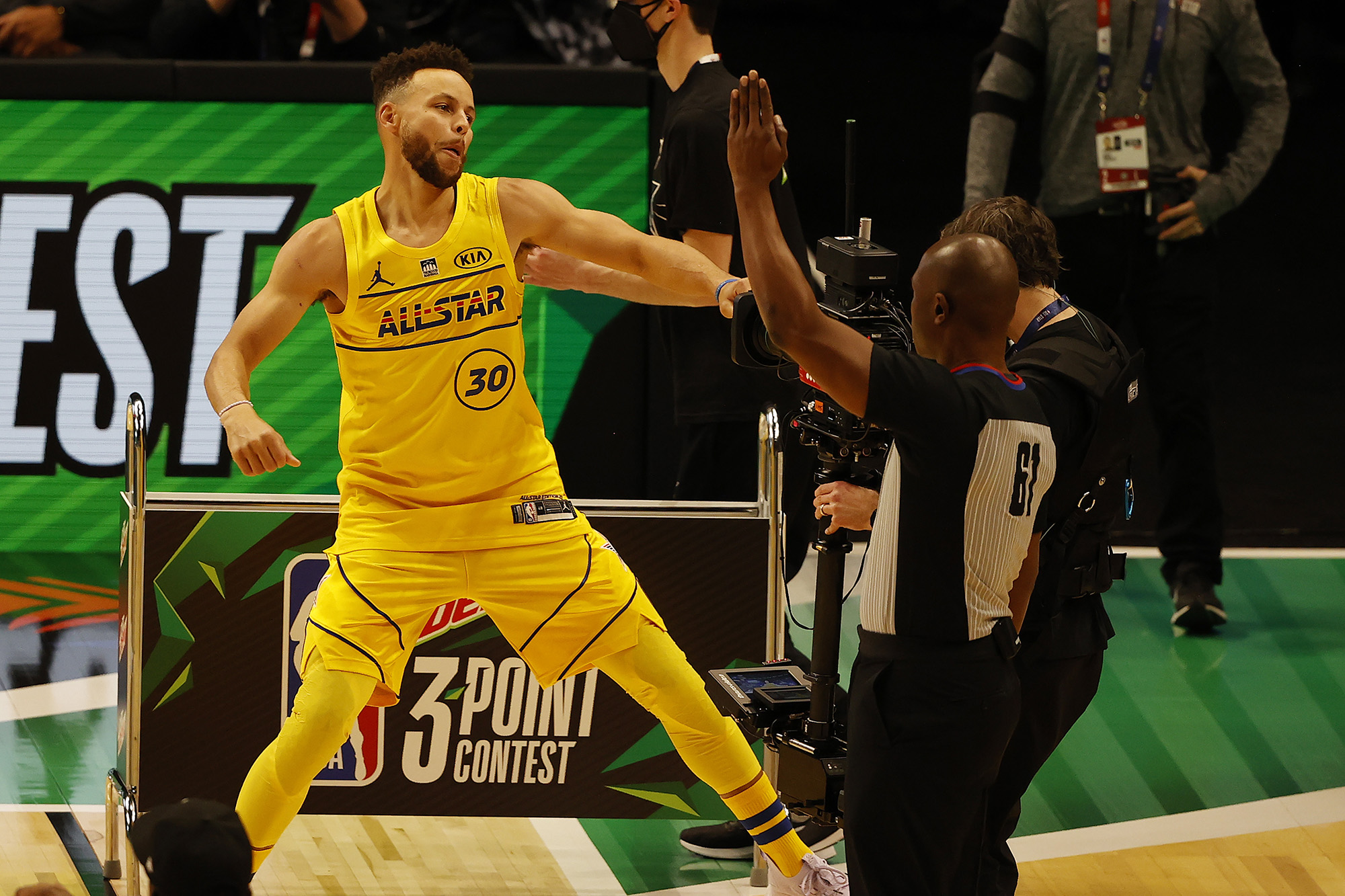 Like hitting a final-second game-winner, Stephen Curry won Sunday’s 3-point shooting contest by draining his last shot of the contest — the money ball.

Curry’s last make from the right corner counted for two points and led the Warriors superstar past Utah’s lefty point guard Mike Conley, 28-27. Conley would have been the first southpaw to win the contest.

Curry, widely viewed as the greatest 3-point shooter in history, won the contest in 2015. The multicolored money ball is worth two points while the other balls are worth one.

“It kind of went black,’’ Curry said as he squared for his last shot. “I could hear the temperature rising. It was a fun battle. Mike shot well.”

Curry had destroyed the six-man field in the opening round by posting a 31. Curry, Jayson Tatum and Conley advanced to the finals.

In the Skills Challenge, Knicks forward Julius Randle was eliminated in a first-round matchup against Domantas Sabonis, the eventual winner.

Sabonis originally was passed over for the All-Star Game and got in as an injury replacement for Kevin Durant. Sabonis beat another European big man, Nikola Vucevic of Orlando in the finals by draining his 3-pointer first after three misses. Sabonis was runner-up in the event in 2020.

Before car accident, Tiger Woods was in LA for photo shoot