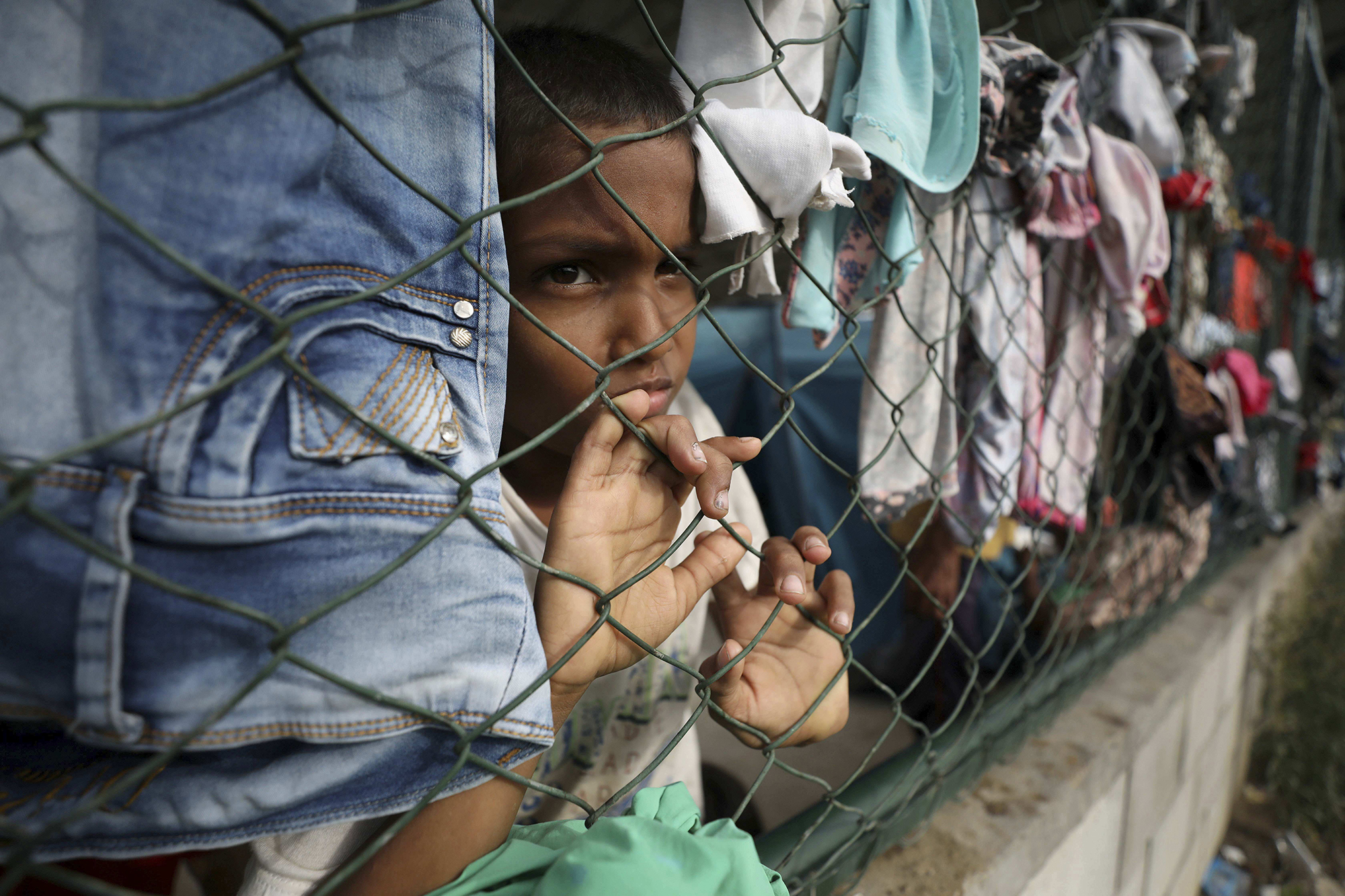 The shots show dozens of children packed into glass-walled rooms, lying shoulder-to-shoulder on thin mattresses, many covered with foil blankets amid the escalating crisis.

Others showed hundreds of girls packed together, with Rep. Henry Cuellar (D-Texas) saying they have been held for “far longer” than the legal 72-hour limit.

The new images, shared with CBS’s “Face the Nation,” are similar to an initial set Cuellar released last week as the Biden administration barred access to the facilities by the press.

Cuellar said 500 girls were moved from the Border Patrol facility to a Health and Human Services facility in San Diego, but the other 200 are among over 5,000 individuals, 65 percent of whom are unaccompanied children, waiting to be processed at the border.

But with hundreds of people crossing the border each day, he said, it’s nearly impossible to reduce the numbers of people at the detention facilities.

The Democrat, who previously said he gets more information from Mexico than the White House, said border communities are being burdened by Biden’s policy of releasing families into the U.S.

“The cities, the counties, the NGOs, we’re feeling the brunt of what’s happening with the family units,” he said.

Cuellar, whose district stretches along the border and reaches north to San Antonio, said on the program that he hasn’t spoken to Vice President Kamala Harris since November, despite the fact that she was handed “fixing” the migrant crisis last week.

“I’m glad the president put the vice president in charge,” he said. “We need somebody that can to look at the comprehensive view of what we’re seeing here. It’s not a simple solution.”