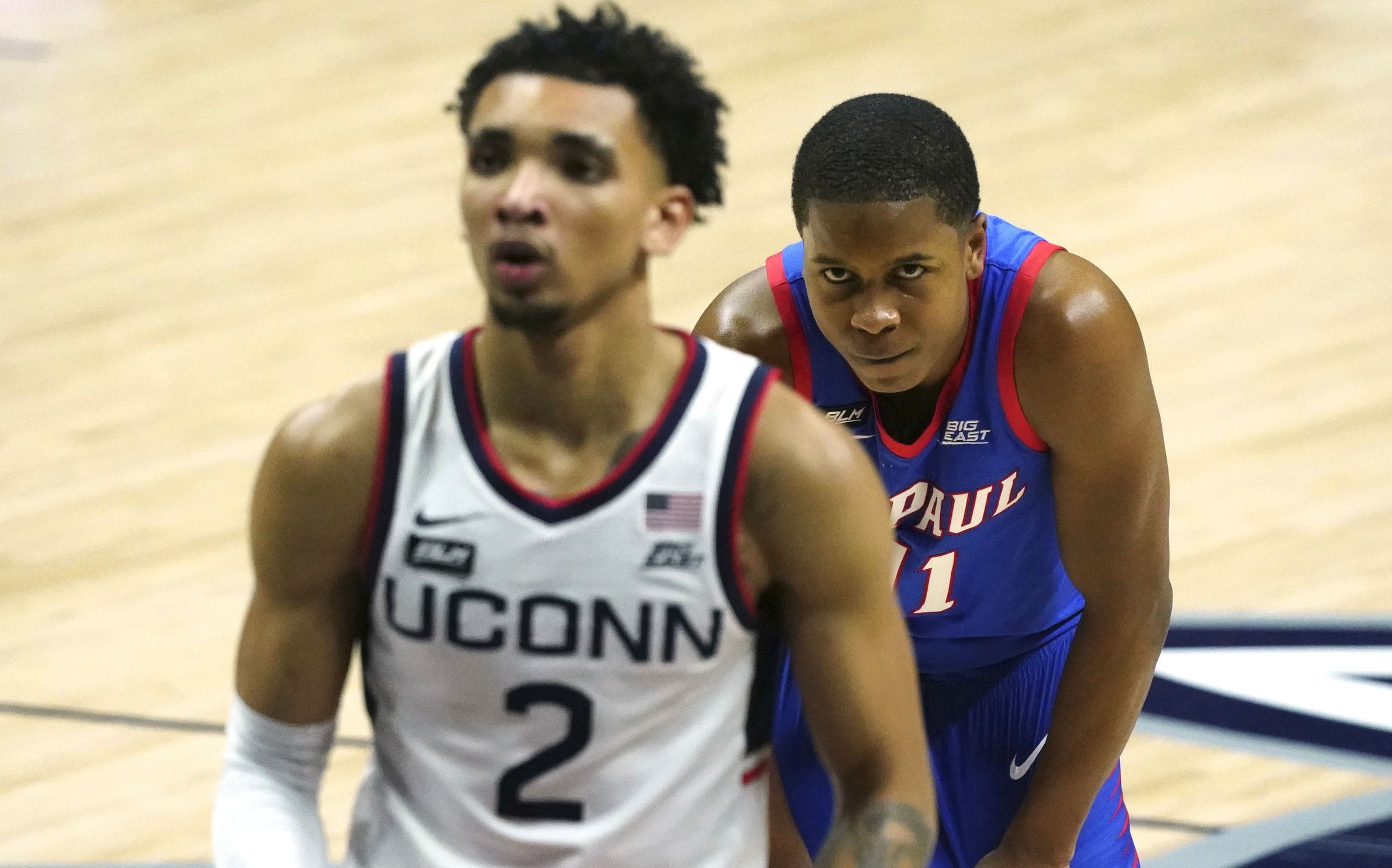 Since Dan Hurley took the Connecticut head coaching position three years ago, he has had to navigate through loads of injuries. But he’ll have top scorer James Bouknight on the floor for Saturday afternoon’s showdown at Villanova.

Bouknight played for the first time in more than a month in a victory earlier in the week over Providence, scoring 18 points in 25 minutes off the bench. For the season, he is pouring in 20 points per game with at least 18 points in six of his seven games played.

The revitalized Huskies offense faces a Villanova defense that rates 217th in the country in points given up on a per-possession basis and 313th in 3-point shooting defense, allowing opponents to shoot 37.8 percent from distance.

Villanova’s offense is built on perimeter shooting, ranking 24th in the country in 3-point shooting percentage, and 38.9 percent of the Wildcats’ points come from 3-pointers, which ranks 25th.

In games Bouknight has played, opponents are making 27.8 percent from 3-point range versus 44.9 percent in games without him. And with the Huskies ranking sixth in the nation in blocks per game, Villanova will have issues on both sides of the court on Saturday.

Nets’ Landry Shamet puts on a show on his birthday