What bettors need to know about pop-up college football season 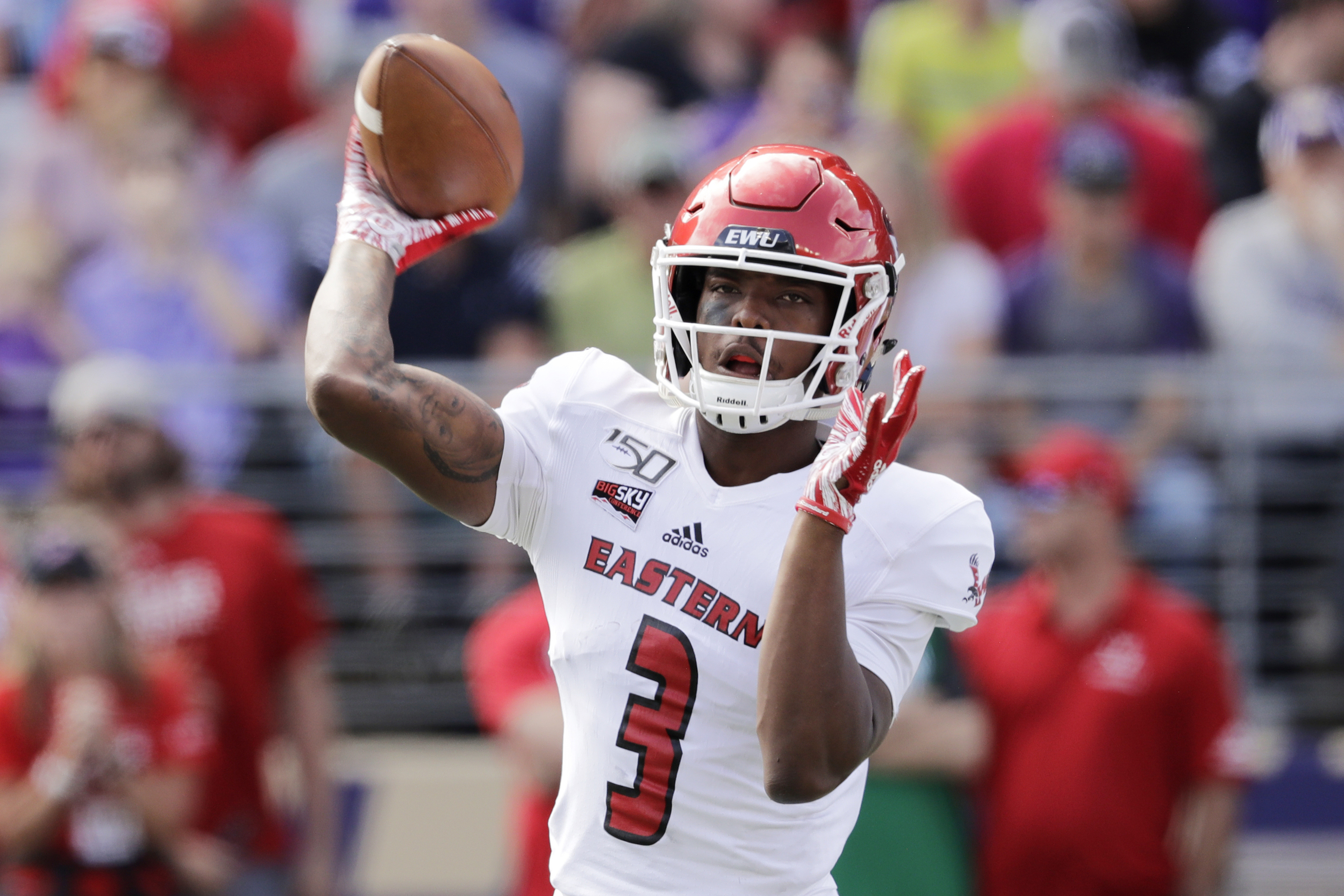 College football junkies, take heart! The season really didn’t end when Alabama ripped Ohio State in the FBS title game back on Jan. 11. The lower divisions are ready to give it a go in a truncated campaign to commence this weekend (weather permitting) and tentatively run into May. Many of the sportsbooks throughout the country are likely to offer prices on these games, though we suggest to check with your favorite outlets to make sure they will be participating.

Here is a quick rundown of the participating leagues, including teams to beat and watch.

The Wildcats are 32-9 the last four years under HC Jay Hill and made their deepest-ever FCS advance in the 2019 playoffs.

Teams to watch: Eastern Washington’s prolific QB Eric Barriere is the only one of the top five vote-getters for the Walter Payton Award (FCS version of the Heisman) to return this season. Cal Poly SLO’s new HC Beau Baldwin has a record of success at this level and won the 2010 FCS title with Eastern Washington.

The Owls return slick QB Tommy Bryant to run an option-based attack, while LB Bryson Armstrong could have an NFL future.

Team to watch: Monmouth beat Kennesaw last year, and the Hawks’ season-ender vs. the Owls could determine title in what will be a five-team loop.

2019 Dukes QB Ben DiNucci, who briefly played for the Dallas Cowboys in the fall after leading JMU to the FCS title game, needs to be replaced. But RB Percy Agyei-Obese returns from a potent offense.

With expected MEAC favorites NC A&T and Florida A&M not participating, the Bulldogs are now wearing the target in the conference with their potential star QB Corey Fields.

The Bison have dominated this level for the past decade, winning eight of the past nine FCS titles. They bring a 38-game win streak into 2021. Well-regarded Iowa State transfer QB Zeb Noland is slated to be successor to NFL-bound Trey Lance.

With expected NEC favorite Central Connecticut not participating, the Pioneers look the best of the remaining field thanks to punishing RB Julius Chestnut, who gained nearly 1,500 rushing yards in 2019.

New HC Scotty Walden might have a better team than he did this past fall at Southern Miss, when he was interim HC following Jay Hopson’s abrupt resignation in September. He’ll have to replace QB Jeremiah Oatsvall, who transferred to Memphis. WR DeAngelo Wilson and S Kordell Jackson might be the best in their positions in the entire FCS.

The Crusaders were the only Patriot rep to finish above .500 in 2019 and return experience at QB in Connor Degenhardt.

With 37 straight Pioneer League wins, who else but the Toreros?

The core of the SoCon’s best defense returns for the Terriers, led by DE Michael Mason, who starred as a frosh.

Teams to watch: Sam Houston was ranked in the most-recent polls and will contend if it can replace QB Ty Brock (transferred to Central Michigan). SE Louisiana has high hopes for a former Arkansas transfer, jumbo-sized 6-7, 260-pound QB Cole Kelley.

Team to beat: Southern U.

After losing four straight to Alcorn State, no team will benefit more in the SWAC from the Braves skipping spring football than the Jags.